Mythical or elusive are the best words to describe them! The nutrient-rich waters off La Jolla, home to many species of sharks are a divers paradise. But encounters with angel sharks are a rare experience while diving in the area.

Often found on or near the ocean floor this type are broad and flat. Sometimes mistaken for big sting rays these guys may grow to over five feet in length. They are often hard to spot. Often hiding in the sand while waiting for prey.

In the early 1900’s the population of this shark in Southern California was steady. But commercial fishing in the later century decimated their numbers. Their populations are so low in many places the species is now listed as endangered. Protected in many parts of the world.

Are you certified and coming to Southern California for a visit? We dive with tons of cool life in San Diego. Join us for our super fun scuba tours each morning! >>

Our only encounters with this mysterious creature have been in the La Jolla Shores area. Additionally, each encounter has been during the winter months.

The first place we have spotted these guys was while diving near Scripps Canyon. The submarine canyon is an underwater wall a few hundred meters off shore. We found them resting on the bottom in the flat sandy area near the top of the canyon wall. Always South of Vallecitos Point.

The second location we have encountered angels in San Diego was near the Marine Room. This area is about a quarter-mile south of Kellogg Park. The first time we found them we were in the area looking for the sea turtles. Here they were resting on the bottom covered in sand. Like camouflage! The depth was between ten to twenty feet, and we only found them here during our snorkeling tours.

We have never experienced these guys in an agitated state. But it is best to give them their space when observing. They do have sharp teeth.

During each of our encounters, they have been either at rest on the ocean floor or swimming along the sand. Our attempts to photograph or video these sharks been quite easy, once we found them! 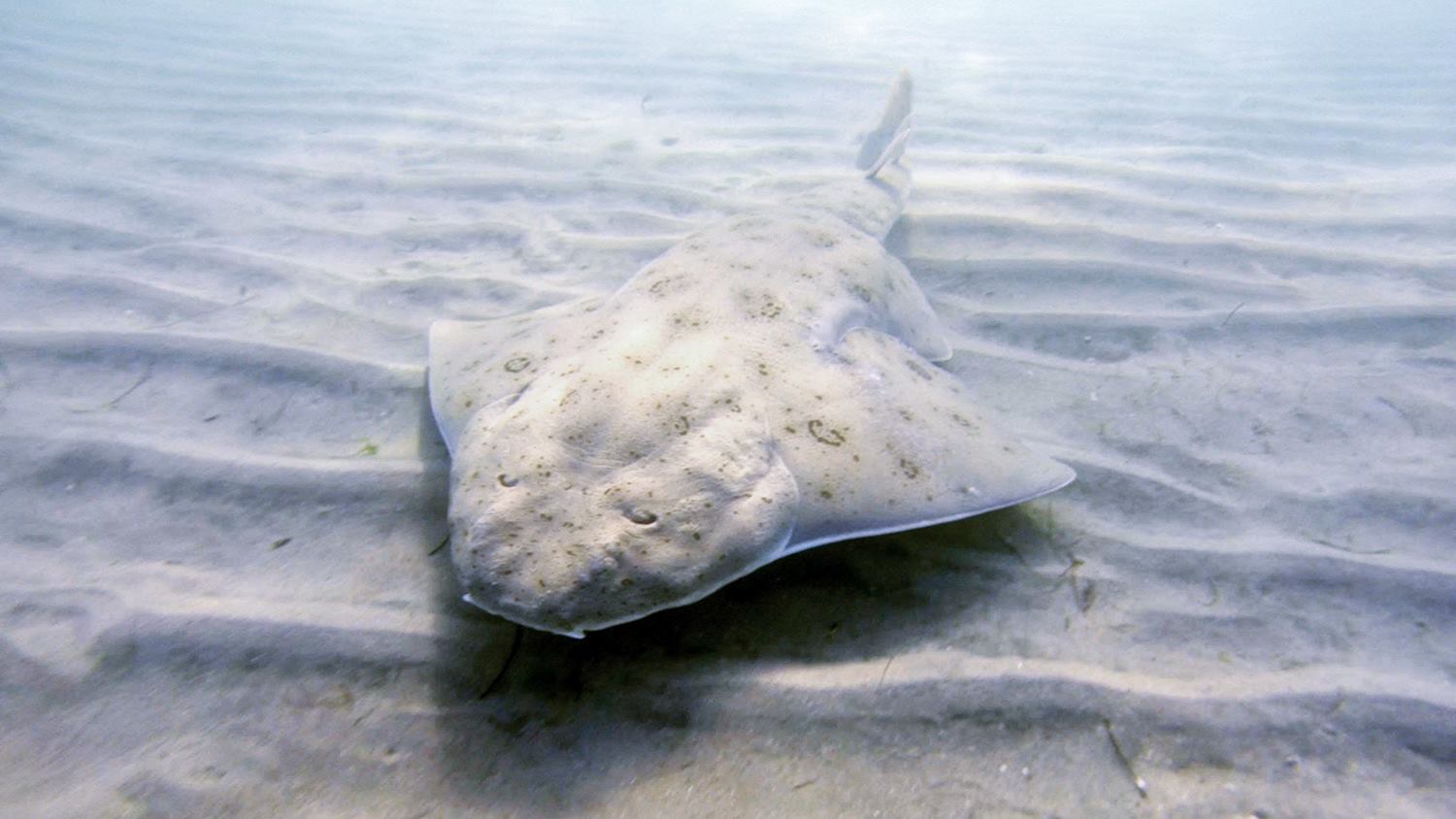