We heard about the tuna crabs invasion off the San Diego coast and had to see these cute red crabs for ourselves. We decided snorkeling near La Jolla’s caves was the best way to enjoy this unusual phenomenon. We grabbed our masks and fins and headed out on a beautiful sunny day.

Scuba diving, swimming, freediving, it does not matter which one you choose. As long as you decide to be in the ocean visitors can enjoy the sea life just walking in from the shore.

Unusual crabs visit from the South

We emerged from the beach access at Shores and stepped onto the sand. The number of crabs that had washed up on the beach was overwhelming. Southern California is not where these creatures usually found. More likely to be in the areas of our Southern neighboring country of Mexico. We picked up crab after crab to try and set them free. But there were just too many to save all their lives. Finally decided to enter the water.

See this post about another of our unusual visitors this summer. Pelagic Stingrays – Beautiful Little Ocean Bully! »

We navigated the wave break by using ducking techniques to avoid getting tossed around. Smiling at the higher temperatures that La Jolla was experiencing this year. It is important to understand the conditions where you are entering the ocean. California is cold water. Wearing the appropriate exposure suit is key. On this day, it was not an issue. The temperature was 76 degrees, and we were in 3mm wetsuits, so we were good for hours. Rip currents are the other safety concerns along the Southern California beaches. Learning how to traverse a rip current is critical to exploring.

We slipped on our dive fins, donned our masks, and started to kick toward the kelp forest. There we knew we would find plenty of the crabs as well as tope sharks to photograph. Along the way, we found many of the cute creatures swimming with the sea lions at the surface.

Cycle of life is red

A favorite food of migrating tuna fish. Bright red with beady black eyes, when you swim up on the crabs, they stretch out all their legs and strike a pose. It made me think of Madonna’s song Vogue. But then they immediately reach and swim downward almost resembling a squid. It was fun to watch them do this over and over.

As we approached the kelp, we found that hundreds were hanging from the leaves. In fact, it was almost impossible to swim without running into them. They sometimes would float onto our masks. We would look at them, with eyes crossed, as they tried to decide what was behind the glass.

Our ocean time ended, and we laughed about the silly little red crabs we enjoyed so much on this adventure. We did not see any schools of tuna but still had a blast. We exited and felt quite sad about these guys stranded on the beach. We knew we could not save them all but just observers in the natural cycle of life.

Like our black wetsuits? Check out Fourth Element Proteus for excellent thermal protection when exploring the beautiful California coast! » 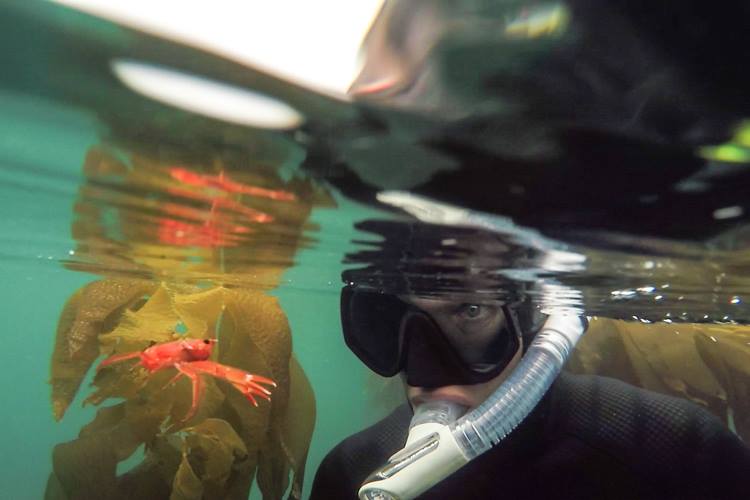 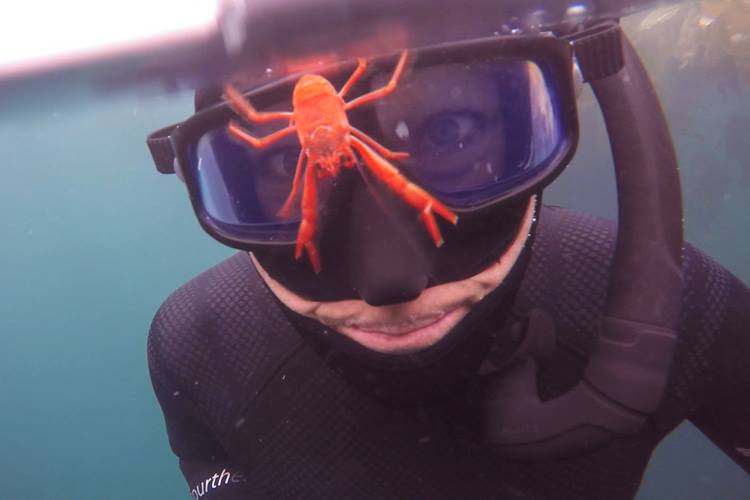 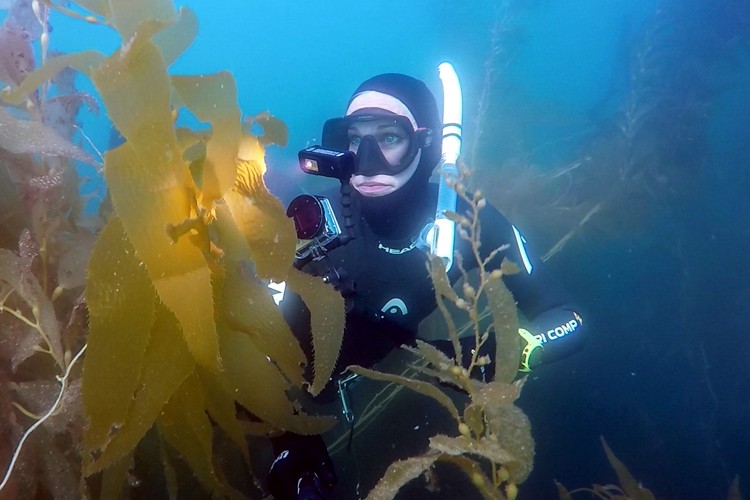 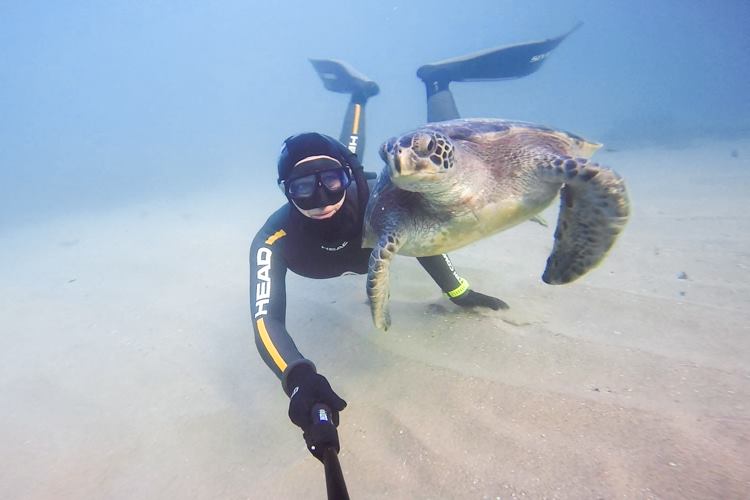 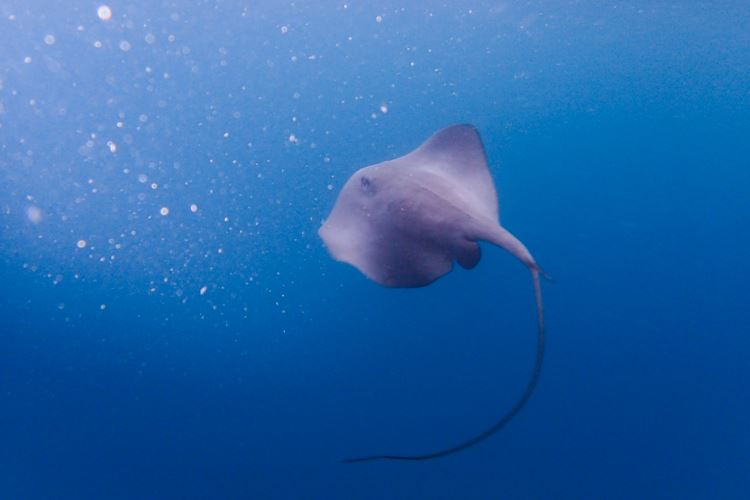 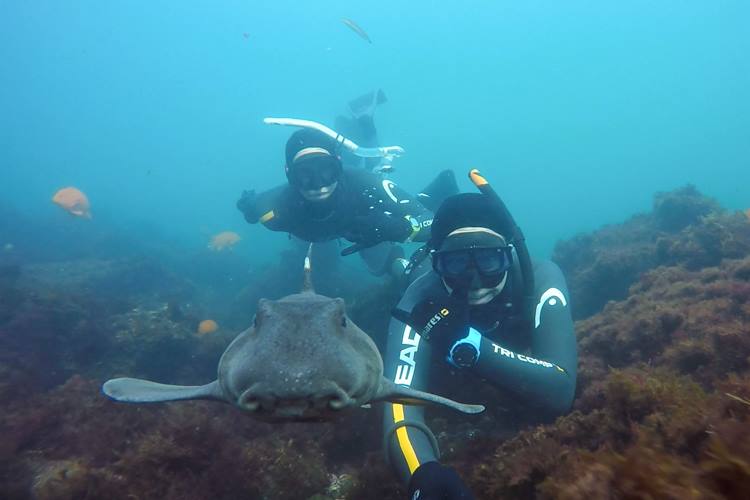 Horn Sharks in La Jolla, Cuties of the Pacific

Horn Sharks in La Jolla, Cuties of the Pacific